One thing we have returned to again and again during the past year, trying to organise a commemoration of the Llanelli uprising, is the question of how you remember such momentous, and controversial, events. The late, great Professor Gwyn Alf Williams, one of the foremost Welsh historians, said the following, in his profound book The Welsh in their history, about the ways we bring the past into the present:

“Some forms of a tradition do not merely encapsulate a past, they sterilise it; they remove it from the historical equation of the present. This is not to cultivate an historical consciousness, it is to get rid of it. The past, in this process, is in fact abolished, in much the same way as the physical fabric of a town.” If we try to depoliticise the past, if we try to seal it up and make it into a holy icon, with no relevance to the present and its struggles, or turn it into some Disney theme-park, we lose it. He was talking about Merthyr Tydfil and Dic Penderyn, but the same is true of Llanelli.

The past is profoundly political, at least as political as the present. I would not expect to understand the present if I did not understand its politics, and this is doubly true of the past. This is not to do the past a disservice, but to recognise that it is contested, a site of struggle. The history as the slave sees it is not the same history that the slave-owner sees. The past is not presented to us on a plate, ready-made. It is a struggle to apprehend it. And which voices from the past are most consistently ignored? Those of the poor and oppressed. History is written by the victors.

The writer and critic Walter Benjamin wrote that “To articulate the past historically does not mean to recognise it ‘the way it really was’. It means to seize hold of a memory as it flashes up at a moment of danger.” The strike and riots at Llanelli in 1911 flashed up, illuminating shameful things hidden in the darkness: the suffering of the poor and the brutality of the forces sent to suppress them. It is in this spirit that we should commemorate 1911. We should, quite simply, speak truth to power. 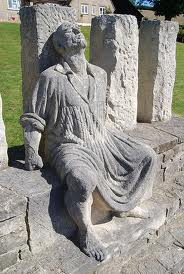 So, would any mention of the strike and riots scare off inward investment from Llanelli? Quite the opposite, I think. Heritage, leisure and tourism is big business now. With a bit of nerve, creativity and thinking ‘out of the box’, this could become a real money-spinner for the town.

Look at the tiny Dorset village of Tolpuddle, another key episode in the history of trade unionism. It was here that in 1832 a group of farm labourers, hit by a ‘double whammy’ of declining wages and mechanisation, came together to form the Friendly Society of Agricultural Labourers. They refused to work for less than 10 shillings a week.

Although trade unions were no longer illegal, the men were arrested. Six of them were sentenced to transportation to Australia, effectively a death sentence, one that could separate a person from their loved ones and their home forever. There was a huge campaign for their release. The men became known as the Tolpuddle Martyrs.

The authorities in Dorset could have said, “Oh we don’t want to be associated with some depressing story about people being arrested and jailed. Things associated with class struggle will scare off inward investment. No Tolpuddle martyrs, thank you very much.” Instead, they saw the importance of the events. They decided to invest in them, and the place has been reaping the economic benefits ever since.

Despite the fact it’s a tiny village in the middle of nowhere, every year thousands come to Tolpuddle because of its identification with the ‘martyrs’. There is The Tolpuddle Martyrs Museum, which features displays and interactive exhibits about the Martyrs and their importance to the labour movement. A monument was erected in the honour of the martyrs in Tolpuddle in 1934, and a sculpture, made in 2001, stands in the village in front of the museum.

The Tolpuddle Martyrs Festival, organised by the Trades Union Congress (TUC), is held annually, featuring a march with trade union banners, a memorial service, speeches and music. Recent festivals have featured speakers such as Tony Benn and musicians such as Billy Bragg, and others from all around the world.  All of this brings in much-needed money, but in some ways more importantly it builds local civic pride in a quite unique way. This place is part of a great battle for freedom and justice and fair play – what in Welsh we would call “chwarae teg.”

If all this were true for Tolpuddle, it is even truer for the dramatic story of our “Llanelli Martyrs.” There is a source of revenue there just waiting to be tapped, if only there were both the imagination and the initial investment to do it.