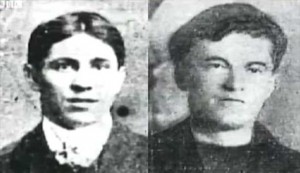 A shot rings out. The group of young men gathered by the garden wall stubbornly stand their ground. "Popeth yn iawn! It's all right!” shouts one, "Blanc yw hi, bois! It's blank, boys!”

"Peidiwch a symud. Don't move,” he confides to his friend. "Saethan nhw ddim. They won't shoot.”

"It's all right, they've only got blank cartridges,” someone yells.

Suddenly, a bullet slams into the throat of a man sitting on the wall, driving him backwards into the garden. Everyone runs, someone shouts, "That's a bastard shot!” Blood splashes the grass. One of the men cries out as a bullet glances off his thumb, bringing down the man behind him.

There is more firing. Three men are down. The two most seriously injured are carried into the house and are laid out, bleeding profusely, on the table in the middle room, where they die. The landlady of the house is weeping uncontrollably – some women have fainted. Men are cursing and shouting. Outside on the railway track Major Brownlow Stuart orders the soldiers of the Worcester Regiment, who have fired the shots, to withdraw to the railway station.

These events occurred not in some beleaguered war zone, but in the back garden of a house in the High Street, Llanelli. The date was August 19, 1911. It was the last time troops on the British mainland fired on workers during an industrial dispute: the first ever national railway strike, a real rank-and-file revolt over low pay while the railway company was making massive profits. After the shootings, strikers, their supporters and other local people rose up, fighting with soldiers and police in a protest at the injustice the community had suffered at the hands of the military.

Yet talk to anybody about the events of 1911, and you will find that often, even in the town, they will not have heard about them. The name Tonypandy has been seared into the consciousness of the Welsh working class as the epitome of a fierce class battle – and justly so.  But events at Llanelli a year later were arguably a much more serious confrontation. Many of us feel that with the centenary approaching it is time for us to reclaim our history. The 1911 Llanelli Strike Committee – formed this year – is working to ensure that we mark the events in a variety of different ways.  I hope to make clear why there is so much that we can be proud of in the dramatic events of 1911. 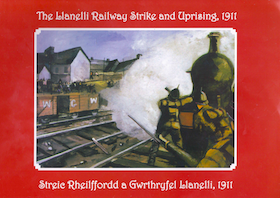